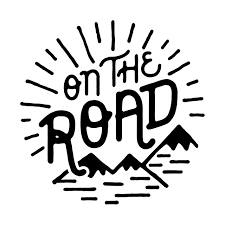 THE RING OF OSIRIS


This is the ancient ring of Osiris 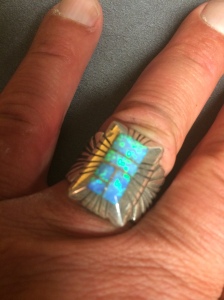 I recently acquired it in an obscure pawnshop selling Native American jewelry on the outskirts of Old Town, San Diego. The shop was closing down and the older gentleman I found behind the turquoise and arrow head glass display cases, both times I visited, explained that he was closing down the shop for his friend, a woman who had run it for over 50 years and was now retiring in in her 80’s.

So I had been sniffing around for trinkets and Native American objects for my daughter and perhaps for my apartment. Not that I could afford anything, but just looking through windows; lecher-fenetres, as the French would call window-shopping. These days of course the windows we shop through are framed in Chrome, Firefox or Safari browser windows, where we can see, touch and buy all in the same click.

But this ring that the old man showed me wasn’t Native American. No, it was at first I thought to myself Art Deco; but the demarcations on the side of the setting were older than that. It was only upon my return to the window that looks on Google that I was able to track down its pedigree and lineage. The ring was set with 5 blue fire opals; an allusion to the sea and the distance the ring had travelled. Likewise, the divisions of the fire opals denoted a longitude and latitude map. The rays coming of the setting indicated some kind of sun-based mystical intent in the design and then I recognized the ancient Egyptian markings from pre-Old Empire Thebes, the City of the Thoth the scribe of the gods, and of course Osiris, the sky god.

Osiris had been lord of the sky for eons until his betrayal by his brother Set, the jackal-headed god; who lusted after Isis, the goddess of the earth and lover of the sky.  In ancient times the sky loved the earth and the earth loved the sky and the fundamental elements of existence copulated in harmony with everything; that is,  until Set’s betrayal.

After Set had dismembered his brother’s body (god’s cannot die), and strewn his parts across the Sahara forcing Isis, his lover to search for centuries to find his parts; he briefly came to life long enough to impregnate Isis who immediately gave birth to Horus, the Hawk-headed god, son of Osiris who then assumed his dominion of the sky to allow Osiris to descend to the Underworld and be the conduit for the dead. The ring, this ring, he entrusted to his son Horus as a guide to safe trespass across the current of life into the other world, the world of the dead. Its surface shows an illuminated map of the correct path to take.

Over the millennia, Horus’s ring has been handed down from priest to thief to collector to museum to auction house and bank vault. All manner of hazard and drama has accompanied this ring on its journey to find my hand.

Because it is with this ring that I will guide my mother across the path of no return. I will wear this ring when I am with her and show her the blue fire opals and the divisions that are path along the face of its illumination, again and again.

The mystical opal ring of Osiris is my totem, my strength in this journey as I accompany my mother from this world.

I am as strong as the blue lights that shine from these stones.

This is the story I tell myself and what I believe to be the Truth.

The Truth is always recognized.

The Truth is lingering here in my desire to find some meaning in her passage, some means of quelling the fears and mortal terror felt by the child in the distance that beckons to me out of fear and desperation, the lost little child in the supermarket frantically trying to find his mother.  Where is she, where is she; which aisle is hiding my mother; which section, the meat?  the fruit, the milk?

I’m keeping the child calm, not with alcohol as has been my habit but with calmness, a mindful pace and an herbal composure.

Now the child becomes the parent and I sit with her for hours asking her questions about how she feels, what she sees, what she thinks.  Her mind wanders.  Occasionally attaching itself to one notion or another like what to do about her paintings or where to arrange the boxes (what boxes?)

But she remembers who I am and smiles at me.

She says my name so lovingly; no female lips have ever formed the ‘g’ and ‘r’ that rolls from her tongue.  She was a terrible mother by any normal account.  She took me out of school when I was 12 to tour the Caribbean while she painted, staying in low rent pensions in Haiti, Republica Dominicana, and Martinique.  Feeding me poor people’s food from the market stalls (black beans/white rice), teaching me how a dollar could have such different value depending on where you were.   Telling me not to follow the little Haitian girl down the beach who offered to show me something for a dollar.  Showing me that people, the people, us people sometimes had no cars, no hole less roofs or other than tiny piles of burnt charcoal to sell. 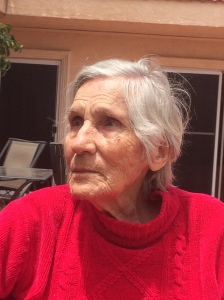 Like Michelangelo, my mother taught me to see the beauty in the African face, the indigenous face, to appreciate the beauty of faces and bodies almost as if we were aliens visiting a foreign planet, investigating the local sentient beings.    The poses that these creatures strike, humble market women, children running between their mother’s skirts; like you used to do, she would remind me.

We are always the most beautiful, the more divine in our mother’s minds eye.

Only then are we all angels.

My mother was a neurotic mess who hated her adopted country for the crimes it committed against the poor and humble.  She stayed in America long after my parents divorced to care for her children, even when they didn’t need her care any longer.

Her whole life she painted.

I was so jealous of her tubes of oil her palate, her rags and her turpentine smell.  I hated her canvasses, the only light that could distract her gaze from mine.  Since I could barely stand, I devised all means to distract her, to regain my mother’s loving gaze, the light of my childhood, the light of my being, the light that burns inside me now as I write these words.  I tried all manner of ruse and caused all sorts of trouble to gain her attention.  And she would scold me and give me some clay to mold with my restless hands and then inevitably return to her table, to her easel to her work.

All my life I have been trying to distract artists from their work long enough to smile at me.

Now she does smile at me though, my mother smiles at me because she can no longer form the words to say with her lips.  She says my name and she tells my daughter Olivia how beautiful she is.  Olivia is beautiful. But her eyes stare into mine and she smiles and she nods and she tells me to take care of myself.

Is it really odd?

Is it really out of date, sentimental, boring, weak, stupid, cliched, self-indulgent, unhinged, self-obsessed, ego-centric and self involved to say

that I love my mother?

I love her fully, wholey, with all of my being;

I will never have loved another as much as her and through as much shit as I have with her.

A child’s love for their mother is the first love, the primary love; the love that moves mountains, carves canyons and keeps the celestial objects in balance and spin.

All love comes from  the love of a child for their mother and that love taught and transmitted from her eyes and her smile.

It is the only real love I have ever really known to be the true, until my daughter was born and then I became the eyes and the smile.

But my mother taught me first, she taught me how to be a human being.

And now she is leaving me.

Yes, my mother is abandoning her child, who stopped existing some 30 odd years ago.  Nonetheless she is a guilty parent, guilty of impending abandonment.  I don’t know if I can ever forgive her for leaving me all alone on this cold, watery planet.

She left me alone once on an aisle of the supermarket that had toys.  She left me all alone until I realised that I was alone and that she was no longer there.  The Universe had shifted off balance.  I looked for her, desperately I looked for her and could not find her.  I feel that terror rising in me again.  I will look down every aisle of shopping, every row of desired goods and I will not find her there.  I will keep looking and looking and looking until I can see her again.  See her clearly again.

In my recurring dream sometimes I cannot find her, sometimes there are many, many other, ‘fake’ mothers; in this dream she is in a nursing home, singing old cantina songs to me from her 20’s when she sang in public to Frida and Diego and my uncle and them all.  She sang of the colours thst she saw.

I cannot begin to express how much I will miss those colors when she leaves.

I can but try. 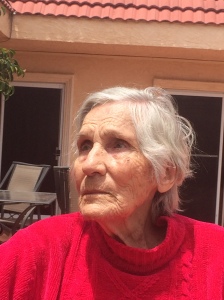 This entry was posted on July 1, 2014 by igorgoldkind. It was filed under Uncategorized .

Join 4,179 other followers
Follow The Poesie of Igor Goldkind – Reciting Truth to Power on WordPress.com