The tears of a clown: RIP Robin Williams

Excellent assessment of a clown’s career from ex Time Out editor, Dominic Wells 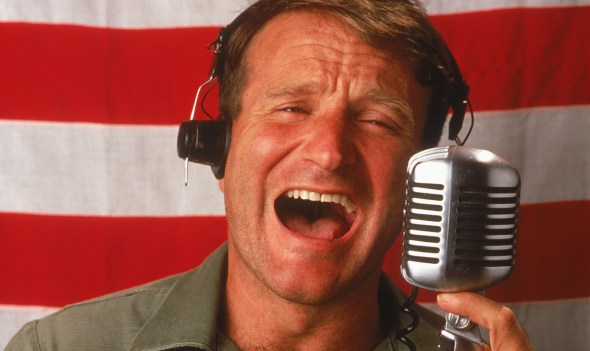 I am shocked and devastated to read, just as I was going to bed, that Robin Williams has died, seemingly from suicide due to asphyxia. It’s common now for sit-com stars to move on to film –  Woody Harrelson, Will Smith, Tom Hanks, Jennifer Aniston – but Williams, along with John Travolta, paved the way.

Mork and Mindy was one of the sweetest programmes of my youth. Williams’s innocent alien, Mork from Ork, first appeared in Happy Days (Williams got the part before the audition even began, when the director asked him to take a chair and he sat on it on his head), and was so popular he got his own show, and catchphrase, “Nanu Nanu” (you had to have been there).

As a film actor he always risked overpowering his co-stars, being a barely contained tornado of irrepressible energy. He was…

This entry was posted on August 12, 2014 by igorgoldkind. It was filed under Uncategorized .

Follow The Poesie of Igor Goldkind : Reciting Truth to Power on WordPress.com