Why Being a Pain in an Ass is Essential to Human Survival: 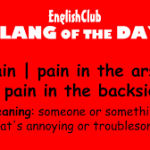 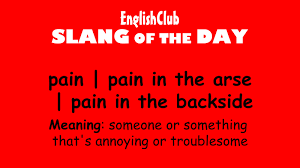 A lot of people don’t like our resident unarmed poet Igor Goldkind. Although hard pressed to detail exactly what the source of their antipathy is, when asked most people who’ve met or know him agree on one thing:

Igor is a pain in the ass.

Some would go as far as to say a Royal Pain in the Ass; although any association with the recent demise of Queen Elizabeth or the Royal family in general, is merely conjecture.

When asked about his reaction to this near universal judgement, Igor Goldkind tends to shrug his shoulders and agree:

“Sure, I’m a pain in the ass, especially to anyone wedded to static protocols, conformist mediocrity and any rule that should be followed blindly because ‘that’s the way we’ve always done it'”.

Let’s look at a recent example of his ass-painery. Due to enormous stress and harrassment inflicted by certain individuals (to remain nameless until the court dates), Igor was recently diagnosed with a minor heart failure. After initial panic and a visit to the ER, the initial diagnosis, although precluding an imminent heart attack did necessitate a referral to both cardiology and vascular specialists to eliminate possible causes.

Both were seen and a routine series of tests were scheduled for this week including a Stress Echo Heart test, a heart monitor and a spectogram. Igor called his daughter and without freaking her out, brought her up to date and then gladly picked up the dice to his destiny and gave them a roll.

3 tests were scheduled for this past Monday, Tuesday and then tomorrow. A hectic week to put one’s heart through the paces.

On his way to his first appointment for the monitor last Monday, Igor was surprised to receive a text cancelling the appointment 45 minutes before hand. This was followed by two more text messages cancelling all of his heart monitoring tests without explanation apart from the fact that his insurance provider Molina Healthcare had denied them. Pulling his Thunderbird to the side of the road in Mission Bay, Igor proceeded to telephone his consultant and then his insurance provider to determine the cause of the cancellations.

As light transpired the insurance company’s independent arbitrator had determined that the tests were unnecessary as Igor had never had a pacemaker or open heart surgery. An insurance company administrator who had never even met Igor Goldkind, much less examined him, could overrule the expertise of his health provider and two consultants he was referred to who had examined him.

Hours of being placed on hold, waiting for supervisors, lodging complaints, grievances and appeals, Igor was able to get a call back from a Molina administrator who apologized for the last minute cancellations and reinstated the tests, albeit now delayed by two weeks.

However, our resident pain-in-the-ass wasn’t satisfied with his own private victory. Now that he has a member of the insurance company’s management on the phone, he demanded to know why Molina could adopt this absurd and potentially life threatening policy of over ruling of health specialists by a bureaucrat intent only on saving money?

A grievance was filed on his behalf and this morning he received a telephone call from an executive VP of Molina, once again apologizing for his treatment and then assuring him that based on his complaint, Molina had reviewed its approval policy and would from now on no longer deny a test recommendation without first consulting with the specialist who had recommended the test in the first place….across the board for all members!

This is the benefit of being a pain-in-the-ass, when you’re acting not solely out of personal interest but out of precedent and principle.

So like him or not, Igor Goldkind leads his life based on George Bernard Shaw’s Maxim:

A Throw of the Dice [excerpt]

From Collected Poems (University of California Press, 1994) by Stéphane Mallarmé. Reprinted by permission of the publisher.