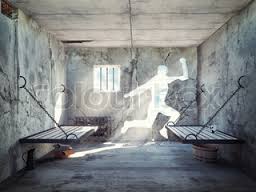 IS SHE AVAILABLE? AN HONEST REVIEW 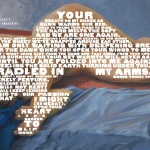 “i follow igor goldkind on facebook. i am not a friend of his, but a friend of mine kept reposting things he’d written and said and i found his way of expressing himself too good to ignore. as is the case with this book. i’ll level with you. i don’t really understand poetry – it’s too opaque and often too personal for me to really understand and i often feel i am missing huge amounts of the impact of even the small amount of poetry i do understand. if i read it aloud i appreciate it more, but even then. but when i saw a goldkind book of poetry was on offer and remembering how much his writing had affected me in the past i thought i would take the risk

i’m glad i did. again, i don’t fully understand or appreciate all of it but goldkind is a beautiful writer. he enjoys the ways a sentence hangs together both on the page and, if you follow me, in the mouth as you read the words. but what makes the book special is the third way he makes the words work – through graphic design. you see the OTHER reason i followed goldkind is because even though his words my friend linked me too resonated, i also liked the fact he’d been involved in all sorts of british comics over the years, especially 2000AD which is a comic i have very, very fond feelings towards…. 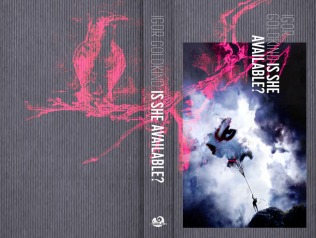 by Bill Sienkiewicz and Rian Hughes ©2014

if there’s a bit of artwork that someone has contributed to the volume that doesn’t work for me there’s often something coming along very soon that does absolutely work. there’s some lovely art here by people i do know of – rian hughes, glenn fabry, david lloyd, shaky kane, bill sienkiewicz – and many i didn’t – i was very taken by the work of dix, lars henkel and jeff christenson particularly. even if i didn’t like a poem or piece of art, something special and wonderful and surprising would be along very soon

and speaking as someone who is very deeply in love with books as a printed medium and could never imagine reading or appreciating an e-book, the fact that the electronic edition has apparently so much more to it – music! moving images! – very much pleases me. this is a book by someone who not only has a glorious way with words but has a very unique vision for what he wants to do. and that’s why i’ll be cherishing this volume… “ 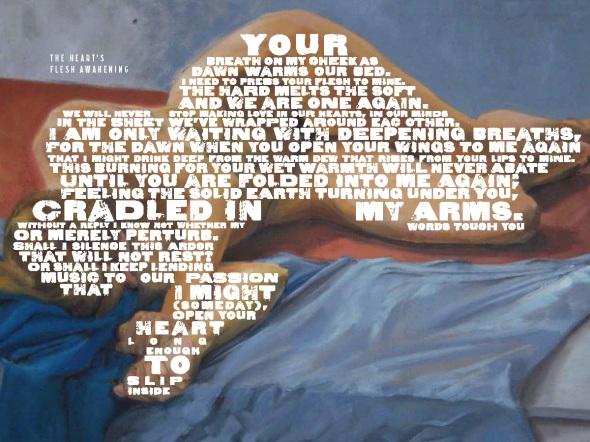 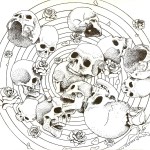 Basking in the Broken Down Casino of Americana the grated dead reside in. 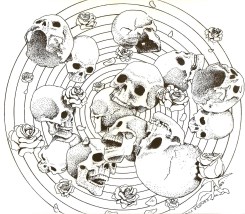 Reading the Bones of old contentions…looking up at primary  school-lights; the ones that never change…looking down at the floor tiles; an endless sea of wrinkled faces….too many people to breathe in…

Go You Sun of a Gun!

Gone!   Washed away under the Lowest Bridge:

The consummation of illusion onto the lockjaw of your reality.

Dawn follows the Night…head straight into the Light… up ahead…right where you came from…another train comin’ down your track…Head On Tight!

Farther Down the Road.

For shaky kane,  you better watch your head…