The Last Refugees: Syria in Crisis 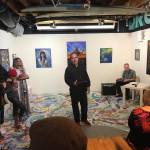 The time has come,’ (I am) the Walrus said,
To speak of many things:
Of shoeless children — and refugee ships — and the things
that all of us need…
Of arresting civilian protesters — and blood-letting priests and kings.
–– And why the sea is filled with fleeing families
And whether falling bombs have wings.’
This is the time of confusion perpetrated by those whose power is built upon the bedrock of our confusion.
We are told that all information are biased lies. To not trust what anyone says; apart from the words of those who tell us not to trust what anyone says.
In America and around the world there is a crisis in the authority of information. Never in the history of our tribe, the human tribe, has so much information, so many facts, so much data been at the command of so many of us.
The World Wide Web is truly an amazing thing, as is its name: World Wide.
And yet too much is never enough. With such abundance comes scarcity. Scarcity in the reliability of what we read, hear and see. We can no longer afford to listen to simply one voice. Uncle Walter is no longer alive to comfort us with the nakedness of facts, disrobed from opinions.
That’s just the way it is.
So we listen to the many voices inside and outside of our heads and try to tune into a signal through the rising noise levels. That signal, that wavelength, that fleeting photon of energy we’ve always known to be the Truth. What is the Truth? I don’t really know but you and me can always recognize it.
Right now the truth comes in the numbers:
In 2016, from an estimated pre-war population of 22 million, the United Nations (UN) identified 13.5 million Syrians requiring humanitarian assistance, of which more than 6 million are internally displaced within Syria itself at the mercy of the Syrian authorities, and around 5 million are refugees outside of Syria.
5 million refugees! 1.5 million in Lebanon alone. This is the biggest refugee catastrophe the world has seen since the millions of Jews who fleeing the Nazis were denied entry, turned away from this ‘Great’ nation of ours. To be deported to the death camps that awaited them and at the time no one believed were real. How could they be real? How could this be real again?
Never Forget really means Never Again.
How could a booming population of 22 million be gutted of 13.5 million civilians, more than half the country, of men, women and their children?
How could we, our tribe have let this have happened? Why didn’t somebody do something before it got this bad?
Where was our compassion deported to?

But I’m not answering questions about how we got here. Instead, I’m asking you to do something about it right NOW. Set aside the luxury of your political opinions and focus on the reality, the facts. What we know to be True, right here and right now. There are children crying out in the desert. I can hear them, believe me, I can hear them and if you pay close attention, you can hear them too.
The facts are that families, just like yours, fathers and mothers just like you and yours and children, yes children exactly like yours are living and dying in unimaginable squalor. Right now, today. And there is something you and I can do: 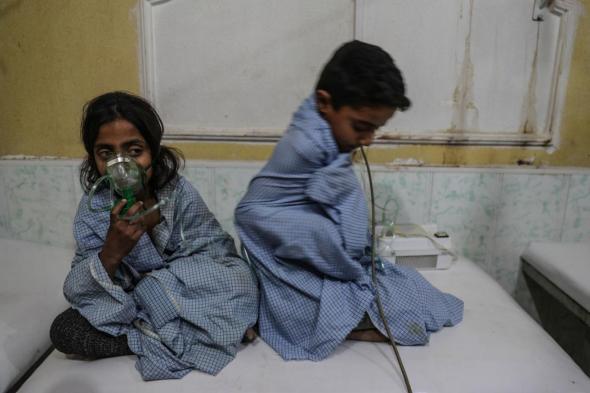 They need medical supplies, doctors, and nurses to treat their external wounds and trauma counsellors to tend to their internal wounds.

The teenagers’ survivors of Florida school shooting were transformed from children into adults in the course of a few short hours of a single death-defying day. Being American, they were treated and counselled for the trauma caused by the actions of one young man and a single gun he should never ever have obtained.
These young adults’ transformation, Emma Gonzales, David Hogg and the others, was miraculous. They took the worst trauma they had ever experienced in their lives and changed it into action; an effective action that has yielded results. Like alchemists, they changed rusting iron into gold. They are an example for us all, especially us adults.
I’m telling you here that we don’t just have to admire our children, we can, we must follow their lead.
Now imagine, hundreds of fully automatic guns being fired around you, at you. Imagine the infernal thunder of bombs falling all around you, decimating your home and the streets of your childhood, obliterating your school, your neighborhood, your city and everything you have ever known to be safe and solid. The destruction of your entire your life while leaving your body if injured, still intact.
Please imagine this with me now, right now.
Stop reading this.
Close your eyes and use your mind to
Reach out beyond yourself and you will hear the bombs dropping and the sound of never-ending gunfire.
Now open your eyes and do something to answer the cry of that child in the desert. Follow the children, they know the way, the golden road into a better future.

We’ve all got to make the effort to be the human beings we would like to imagine ourselves to be.