I can see the thin edge where your tire hits the road.
I can see the stone you threw
Skip halfway across the world

The one that just escaped your fingertips.
I can hear your ears listen to the wind.
I can see your eyes greeting the world.
I can see your intent give rise to consequence.
I can see this in you because I can see this in me.
You are the sender as well as what you send.
I am just reflection, an open-palmed receiver of gifts.
But I’m a good catch.
I can catch a falling girl, faster than a star.

Speculative Realism: What It Means, What It Is and Why You Need to Know About It

Charlie Brooker’s Black Mirror is really the best TV on your screen. It quite literally holds up a black mirror not just onto our society but to each one of us as components, now data-cogs, of the society we can no longer see anymore without the aid of mirrors.  We are like goldfish in a goldfish bowl kept rotating by the shortness of our attention spans and never even realising the wetness of our environments.

Charlie Brooker, his cast, co-writers and the producers at Netflix are doing us the moral service of reminding us of the remnants of own moral outrage and how our own ethical boundaries have long since been trespassed by the dark consequences of convenience and more efficient processing.

The machines never took over, we just surrendered.

We are like commuters stuck in traffic complaining about the traffic that we are actually both part of and complicit in. Even though from our subjective vehicles, we cannot see it. Traffic controllers retain the power however it is a remote distributed, bureaucratic, systemised power that is no longer subject to one human’s judgement. Who do you alert when the traffic lights stop working? You don’t have to, they already know.

I have as of late, paraded the term Speculative Realism, borrowed from the French post-idealists. Who understand that the only way to view ourselves clearly is no longer as mere individuals but as components of a larger neuro-ecology that contains, constraints and ultimately defines us. We are the furniture that a system beyond our own subjectivity keeps rearranging “on our behalf”, “for our own safety”. “for your security”.

I have only slightly re-engineered the term in the context of a literary genre, of storytelling, perhaps the sole remaining respite of human freedom. A story is a purely human phenomenon untainted by machine efficiency as machines don’t need to tell each other stories. But we do, and in doing so we may be flexing the last quiescent muscle of our humanity. A story is comprised up 3 interlocked elements: The storyteller, the story and the audience (or to whom the story is told). At least two of these components are human, subject and object; the rest is merely synaptic grammar. 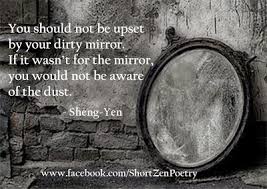 When a story is told and heard, a condensed complex of information, human knowledge and near spiritual wisdom is transmitted in a compact instant well beyond the speed or circuitry of a microchip. Remember, we are the minds that created and defined data. It is that creative mind that is both alert and receptive to the information that is vital to our survival, as a species and as sane human beings. Storytelling is our salvation and Poetry is better than prayer because you don’t have to pretend that someone is listening.

Black Mirror is a series of short cameos of Speculative Realism. The term is beginning to gain traction since I first observed the emergence of this genre in film, fiction and screen entertainment. I have since read a reference to Neil Gaiman‘s work described as Speculative Realist in his use of double vision, (the seeing of two apparent contractions as one), in his characterisations. I don’t know if he thinks that, you’d have to ask him.

In his recent Edinburgh University Press publication Speculative Realism and Science Fiction, Brian Willemsuses a range of science fiction literature that questions anthropomorphism to develop the Speculative Realist position. He looks at how nonsense and sense exist together in science fiction, the way in which language is not a guarantee of personhood, the role of vision in identity formation and the differences between metamorphosis and modulation. 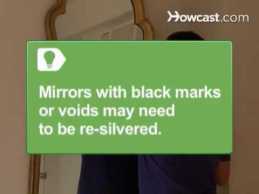 These are useful critical and academic insights. But the real meat is in the eating and Black Mirror takes you to the centre of the Speculative Realist banquet, piling your plate high with outrage, moral panic and cautionary tales of horror. I suggest tasting a sample as we’re all going to be eating from this same table for the very foreseeable future,
the future that has already arrived.

This moment is dead.

But your life is momentum.
It’s the only life you know:
Everywhere you look
Is exactly where you’ll go.

(Paying attention like a fine,
Sniffing out the muddied footprints of the divine.)

This ticket that you’re riding,
Fare-less and Free,
Is merely the impetus of your Desire
Conserved, unaffectedly
By any other force or sway

Upon your singular trajectory through time.

For Tatiana Iosifovna Doubro  who is ejected from planes and recites Pushkin by heart as she is flies through space.