Being Banned From Facebook for No Bloody Good Reason: The Moral Failings of a Computational Society.

I write this mainly for my regular readers who may be concerned about my apparent absence from FB.   I’ve always used FB as a fencing ground and now I’ve been fenced out, temporarily, for 3 days.

My account has been public for the last 5 years because I always fully intended to provoke,  and attract engagement particularly from those that find offence or challenge here or just take exception to my posts.

But mainly, I use this platform to hone my writing skills in real time.

Bringing the origins of my work; the emotions, the outrages, the political anger and the moral dismay I feel directly to confront on their walls, in their replies and in their faces, those who are morally failing.

Who do I mean are morally failing?

Well, anyone who still says they support the treasonous weasel in the White House, is a start.  But more generally Americans who should be more French than they’re English but unfortunately share more with the English propensity for worshipping dogs and traumatising their children.

The present generation of “youf”; be they white, black, Chicano, Native, Vietnamese, Gay, Chinese, Transitioning, Korean, Japanese, Indian, African, Middle Eastern (and every combination of the above), have more in common with each other than they will ever have with any of their previous generations.

Revolution needn’t be violent they just need to turn things around.

But to the point in question, I have not been in touch because I have been barred from both Facebook and Messenger for not following community guidelines, poor dears.  Except that I am as much a part of that community as anyone. Not of an algorithm that flags random posts to FB ‘s appointed moral custodians.

My crime against the community?

Reposting the profile photo of a woman’s breast dripping with red wine into a crystal goblet.  In fact, her nipple is obscured as it is drenched in wine.

You can see it for yourself here below.

What is the algorithm’s crime?  Well nothing, it just follows and acts on long lists of tedious commands; executed in the blink of time

No mind, I’ve been a naughty, naughty boy and my shrilling mother will not allow me to save the human race from amnesia.

I can’t stop the algorithm from making a moral judgement that supersedes mine, or any human’s.  I can’t have a quick word with the algorithm or anyone at FB to teach them what a juxtaposition of symbols that create an allusion to the truth.

Such as the sweet wine depicted being the mirror of the sweet mother’s milk as is symbolically conveyed by the nude breast.  You cannot make that visual allusion with a bra.

The breast must appear as nude as it is to the baby that seeks its nourishment.  Sweet breast milk, sweet primal nourishment, sweet wine that I sip in the middle of my night to remind myself that I was once a child, protected and loved by my mother.

Algorithms have no mothers.  And those who are the masters of those algorithms long ago put their mothers out of their eye’s way, in homes.

The Women Inside of Me Are Always Available to Me 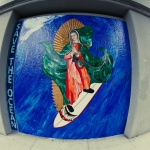 Had a good night last night drinking cask barrel wine with Anneke Doty at Solterra Wine Bar in Leucadia, California.  We were trying to recall how and when we knew each other 40 years ago at John J Pershing Junior High. We knew all of the same people, some still alive and obviously were on the same general childhood network but for the life of me, I can’t recall any specific interaction with her.

Is that because I didn’t pay much attention to girls in junior high? 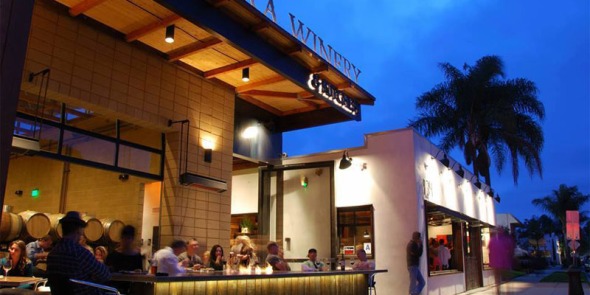 Who knows?  Better late than never, I suppose.
Passion is always a matter of imperfect timing.
I’ve always preferred the company of women, on a spectrum quantum levels from physical to mental.   I don’t really think that I’m gay (not like there’s anything wrong with that!), because I’ve never appreciated the scent of a man the way a woman might.  Instead,  I’m stuck in a blind Al Pacino movie.

Nonetheless, Anneke Doty does seem familiar to me as if we’d been friends for years. I think rather than having a submerged feminine nature, my feminine characteristics have alway been in the foreground, especially around other women.  Don’t get me wrong, women can be just as troublesome as men but usually in a slightly kinder way.

I am nurturing in the sense that I get a kick out of helping my friends, or even those I don’t know, sometimes just with honest conversation.
I’ve always appreciated the aesthetic of something even before knowing what it was for.
I love to cook and serve a superb meal to the people that I love.
I suppose this is the way I’ve always expressed love to others, alongside my sardonic sarcasms.
I like plants and flowers and those things that grow, peak and then die.
Like me.
Perhaps it is decay and entropy that universalizes us all with common purposelessness.
For what else could this absurdist’s moment be but the peak of experience; the very pinnacle of existence? The infinite in a nutshell in an easy to swallow form.
Never bought into the notion of degrading a man by calling him a woman, even when I was young and being overlooked for sports team choices. To me being called a woman meant being called someone who could birth to a man. And endure the pain of doing so.
What could be more worthy of aspiration?
My feminine side has always been front and center, especially in interaction with other women. It just seems like the human place to go is female. Women define the best of humanity in my mind.
If aliens landed here they’d really only want to talk to our women; don’t you think?

My uncle used to cast bronzes of mountainous women holding a small child to her breast. A universal archetype and the symbol of our species nurturing the relationship to our Earth.
We are merely our planet’s child, no better, no worse than any offspring.
I miss my mother; she taught me so much about the divine experience of our senses reflected in the colours and sounds that curl over us like a crashing wave. I guess I’ll have to cling to her planet, the one she taught me to love, for just a little while longer.  All I need is one breast bloated with milk to keep me subsisting . . .
Long enough to see the most beautiful fount of my being reach the sky above me.
goodnight.